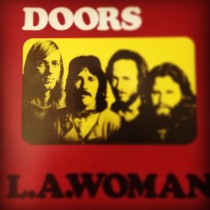 That’s What She Said…for the last time

One of my all time favorite shows is airing it’s FINAL EPISODE TONIGHT …ugh!

Thanks for the laughs everyone! Next up is How I Met Your Mother… Tv’s going to have some BIGGGG shoes to try and fill.

An article written by Jack Moore of Buzz Feed came up with these:

1. It taught us the pleasure of a good prank.

3. And of a totally crazy but absolutely amazing prank.

4. It perfectly captured the worst TV-watching experience ever.

5. It taught us unconventional ways to save a cat during a fire.

7. It showed us crazy new ways to gain people’s sympathy.

8. And the coolest way to order a drink.

9. The Office often said things we’ve all thought at some point in our lives.

10. They often really hit the nail on the head.

13. Or delightfully lacking in self-awareness.

14. Sometimes characters were all too eager to share a little too much.

15. The show was a great guide for how to talk to people you no longer want to date.

17. The show taught us a foolproof way to tell if someone is gay.

18. And the worst time to hook up with someone you don’t want to date seriously.

20. The Office was home to one of the greatest TV romances of all time.

21. And though things haven’t always looked good for them…

22. …and there were moments where it seemed like maybe one of them would give up…

23. …they were always going to end up together.

24. And it was their simple moments that will stick with us.

26. Sometimes it was nostalgic.

27. Sometimes it was surprising.

28. Sometimes it was educational about safety devices.

29. And sometimes it was just about funny people being goofy.

30. Other times it was about people who cared enough about each other to cheer each other up.

31. Sometimes it was about real talk.

32. Saying the things that some of us might not want to hear.

33. And though the pranks would occasionally go to dark places…

34. And some confessions would be disturbing.

35. It was always rewarding when dreams came true.

36. And even the seemingly least romantic of characters…

37. …would eventually show their hearts.

38. And though he’s been gone for a few seasons now, The Office also gave us one of the greatest TV characters of all time, Michael Scott.

43. But at the end of the day, no one had a bigger heart than Michael Scott.

Most of all we’ll miss The Office because of:

P.S. Nobody will miss Toby.