Over the past few days, and only in select Facebook Ad accounts, there have been some interesting and exciting updates to Facebook’s traditional ad unit images.

As production began on new, traditional ad units to a website, we noticed a significant change to the suggested image size as recommended in Facebook’s Create Flow (the web UI for Facebook Ads).

Facebook is now suggesting images of 308×308 pixels to show the traditional ad in the news feed, which is a significantly larger canvas size compared to the previous image dimensions of 100×72 pixels.

On the hunt for more information from Facebook on this new change, we encountered some inconsistent info in the SERPs.

Fortunately, the page itself seems to have the right dimensions. Or does it?

Here’s what we know:

Facebook advertisers who want to take advantage of the new traditional ad image and placement (and who wouldn’t?) must understand how the ratio and sizing of the image will impact both ad units.

But hold your horses, advertisers. Using the new image dimensions will affect the right column ad image as well:

Notice something? Facebook has simply shrunk the 308×308 image to fit within the dimensions of the traditional ad image specifications of 100×72, resulting in an image that isn’t optimized for a traditional ad for the right column (presumably 72×72).

Unfortunately, advertisers can’t move or adjust the view of the news feed image like you can with the thumbnail images of your profile.

Facebook advertisers can also opt to connect the ad to their Facebook Page to be seen in the news feed. Adding the Facebook Page will display the profile image, which is great for additional branding, and it seems to provide options for users to take actions on the ad: Like, Comment, and Share.

It’s also important for marketers and ad writers to note that the ad in the news feed places the body copy above the headline. Therefore, advertisers using this ad placement should take into consideration that 1) Users can take social actions and 2) The orientation of text is flipped. This could potentially turn your ad writing strategy on its head, and should.

Recently, Facebook has been testing many different ad units in the news feed, much to the displeasure of certain Facebook users.

We’ve seen it, our clients have seen it, heck – there’s a whole community on Facebook rallying against Suggested Posts and ads in the News Feed.

While Facebook is trying to make marketers’ ads more engaging by placing them in the News Feed, many users (who *cough* don’t understand how or why Facebook is free for them…) reallyhate sponsored anything in their feed.

Word to the wise, Facebook advertisers: If you’re running ads or sponsored stories in the news feed, keep a close eye on those comments and take control by hiding or deleting angry comments about “spamming their news feed,” and understand that if a significant number of users “hide” or x-out of ads the quality score of your ad, and potentially your account, will take a hit.

If there are concerns regarding blowback from targeted audiences, advertisers have the power toremove either of these traditional ad units.

For best practice, create modifications of the same ad, keeping in mind the different displays and text placement.

There you have it, Facebook advertisers! Something new to look forward to from the Facebook Ads team. Play around, have fun, sell smart!

You can also read the article here

Great helpful hints for those looking to learn Twitter here on Long Island. Wish I had this article when I started doing Social Media 🙂

The best way to learn about Twitter is to dive right in and start using it. These quick tips will help you make sense of the Twitterverse from the get go:

Lists are curated groups of Twitter followers. You can create your own lists or subscribe to lists created by other people on Twitter. Creating lists is a great way to categorize people and organizations based on their similarities. For example, you might have a list called “social media” or “medical news” or “technology media.” Every time you add a new follower, put him/her/it into a “list,” by clicking on the shadow icon and then from the drop down menu choosing “add or remove from lists.”  You can also create lists by going to your “Lists” page, found by going to the gear icon and then on the drop down menu choosing “Lists.” From there you’ll have the option to “Create list.”

Why use lists? The more people you follow the  more “cluttered” your Twitter stream becomes. But if you have lists, you can go to a specific list and see If you keep lists, every morning, when you log into Twitter you can go to a specific list and look for content to read and retweet from within a specific category. You can also check to see what some of the people you follow have created by going to their profile pages and clicking on “listed.”

Here’s a screen shot of one of ShortStack’s lists (feel free to subscribe to our lists if you like what you see — most of them are public):

Using keywords about a subject you’re interested in, i.e. “green energy” or “gluten free eating” within Twitter’s advanced search  can connect you with people who are interested in the subject you’re writing about. You can filter by subject, keywords, specific people, and by location. If you’re a journalist who covers a beat, this can be a really easy way to find sources for your stories. If you want to learn more, check out writer Hartley Brody’s  “How to become a Twitter Search Ninja” where you’ll find lots of helpful tips.

In the example below, a search for social media pulls up a variety of news and Tweets related to the term:

Unless you  have decided to protect your Tweets — meaning that you must approve anyone who wants to read your Tweets or follow you — anyone can follow you on Twitter. Unfortunately, some people will send you annoying messages or spam (or worse). To block an unwanted follower, click on the person’s name and then on the shadow icon. From there you are given the option to block. You can always unblock someone you’ve blocked later.

Took me a bit of time to figure this out myself so I figured I’d post it on my blog to make it easier for all of you. In a business world where you need to be in 40 places (facebook, twitter, instagram, pinterest, wordpress, blah blah blah) at once just to survive on a social media front it certainly helps to condense all this so that you press submit in one platform and it’ll follow suite to all your others.

Combining Facebook, Twitter, and Instagram were fairly simple since apps already exist in their backend to accomplish this. For those who may need this info, I’ll provide it at a later date. Posting your wordpress blog posts to your facebook page however was a little more tricky to figure out but once you follow these instructions you’re gonna go “Oh thank fu&#-ing god!”

Next go to Settings > Facebook Page Publish. Follow these instructions they provide or read below to get the Application ID and Application Secret code. Next Press the “Grant Access” button and follow facebook plugin options so that the app can get permission to post on your page. Finally go to my previous post to get the link to retrieve your Page or Profile ID and press “Save Changes” and that’s IT. Now when you create a post there will be a check box above the Publish button that says “Publish to Facebook“.

Enjoy it, it’ll be LEGENDARY!

Register & Create the App – for lamens

1. Click Here and register as a developer, if you haven’t already.
2. Click “Register as a Developer” and accept the terms, then just press skip a couple times as the next pages are just survey crap.
3. Once you are registered as a developer select “create new app“, name it “Post My Blog” and press continue (*ignore the name space and hosting option as you won’t be needing it). This won’t affect your page in anyway, it’s only to create the app that will allow you to connect the blog with facebook.
4.  Do the damn Captcha thing that only god can read and press continue
5. Now you have your App ID and App Secret but jus ta couple more steps
6. Under Basic Info type in your domain link to your blog without the http://www in the App Domains field: (e.g “streetcarpro.com“)
7. Then at the bottom select “Website with Facebook Login” and type in your domain again this time WITH the http://www (e.g. “http://www.streetcarpro.com“)
8. Lastly select the “Disabled” button to make the app like and out of the developers sandbox.
9. That’s basically it for that now go back to the above instructions on finalizing the plugin connection… 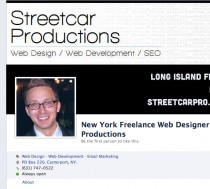 For any app developers, bloggers, or facebook novices out there that are in need of knowing how to find your facebook id after creating a customized url here is a VERY VERY VERY easy link I found to get it:

All you need to do is replace “longislandwebsitedesigner” in the url bar with whatever your customized page link is and press enter.

If you don’t have a customized url then it’s a piece of cake. Just view your page or profile and it will be that long string of numbers at the end of the link.