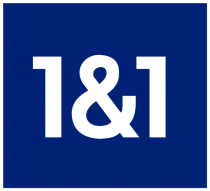 The web design world could see yet another .com-ish boom after these new Top Level Domains have been implemented.

1And1.com launched a massive TV ad campaign to promote reserving them which can still be done. When I first saw the commercial I jumped right on my comp and began reserving any name I could think of. There’s a counter right next to it that tells you how many names have been registered. When I started it was less than 800,000 and within an hours or so it reached well over 1million.

Definitely excited to see how it will all play out, but I’d imagine someone who owns says restaurant.nyc or longisland.attorney would be an instant millionaire.

The biggest question that I can’t quite find an answer to yet is how google will interpret these… If it in fact becomes readable and marketable new businesses could see a HUGE JUMP in rankings… let’s see.